Today when I was running some networking diagnostics from an Ubuntu inside VMware Workstation, I noticed this strange result from mtr (My Traceroute): 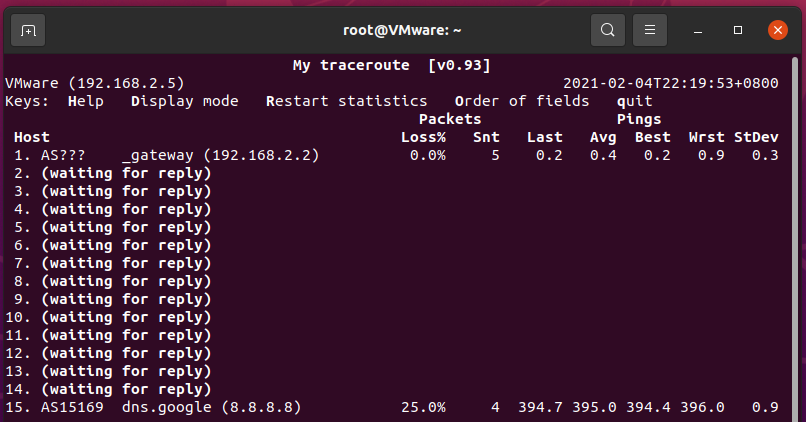 This doesn’t look right. Googling around brought me to this page: traceroute from Ubuntu just shows first and last hops on VMPlayer 3.1.4 - VMware Technology Network VMTN

The answers in that thread mentioned two points:

I immediately realized that it’s because Windows Firewall blocked responses from the intermediate hops.

The responses from the intermediate routers aren’t “expected” and are blocked off by Windows Firewall.

Just turn off Windows Firewall entirely. You probably don’t want to or shouldn’t do this. Read on for the complete and real solution.

The correct solution to this problem is to let the intermediary responses through Windows Firewall. To actually do this, we’ll create a new firewall rule that allows ICMP Time Exceeded packets to come in. You can stop here now if you know how to configure Windows Firewall.

If you want to make your rule more solid and look “canonical”, you can add it to the built-in system group Core Networking with the help of PowerShell.

Your new rule will look like this after running the above commands. You may need to restart the Windows Firewall window to see changes. 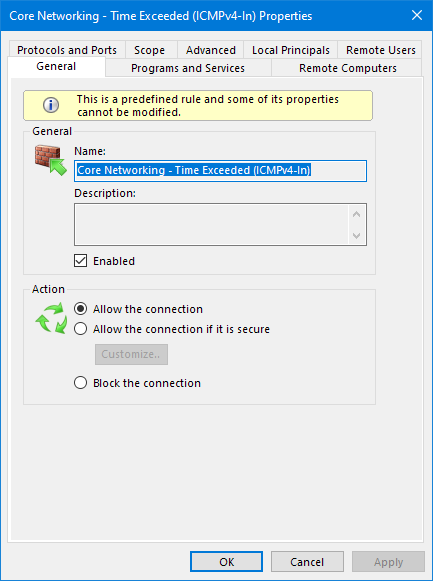 This article was originally written as an answer on Super User.